There are myriad stories related to companionship. Many are about people; Romeo and Juliet, Roy and Dale, Liz Taylor and any number of men, Richard Nixon and Billy Graham, Yogi, Billy, and Whitey, just to name a few. There are those about people and animals; Timmy and Lassie, Roy and Trigger, Gene and Champion, Wilbur Post and Mr. Ed, the talking horse. My story is a little different, for it tells of my automobile companion for the last 16+ years, my 2001 Yellow C5 Convertible, MELLO.

You are surely familiar with that old saying about driving a Corvette, There are smiles in every mile. For me, the owner of this Millennium Yellow 2001 Corvette convertible, there have been millions of smiles spread across my face over the course of the last 16 years, owning and driving this beauty.

I acquired MELLO about the time of my retirement from NBC Studios in NYC, where I was a video editor for over 28 years. I was a long-time member of The Today Show crew, including occasionally working the Johnny Carson version of The Tonight Show, among infrequent stints with other programming.

I am a long-time member of RTP Corvettes, one of the larger Vette clubs along the East Coast, drawing members from throughout the Research Triangle Park region near Raleigh, the capital city of North Carolina. As a member of RTP, I attend many car shows and show-and-shine events during the season. You can bet that any award given out for the highest mileage Vette, I step proudly to the fore and accept the trophy. Few competitors, since my odometer reads over 235K miles. In case you are wondering, that equates to one trip to the moon, not counting the return of course. That’s why you always see a smile on the face of the moon, awaiting the next arrival. One RTP Corvetter suggested that I keep a can of WD-40 in the console as a deterrent to an overheating odometer assembly.

Like so many other Corvette Clubs, RTP Corvettes is a spin-off from another local club. We began RTP in January 2006 with about 12 members. Today, we stand at over 160 happy Corvetters. We engage in the usual activities; cars shows, show-and-shines, short and long trips, and lots of socials like driving and dining. Much of our financial resources goes to charity. One of our most ambitious ventures is the Biltmore Christmas weekend, which we do in mid-November. Last time we had over 60 Corvettes from all over the southeast. What a wonderful gathering of folks and their Vettes.

MELLO has taken me from eastern Canada to Key West with many, many stops in between. As you would guess, a bunch of those miles have been with the top down, wind in my hair.

I have had two late-night encounters with deer (the deer lost), had the engine rebuilt and later replaced (rebuilt at 95K, replaced at 198K), and replaced the tranny at 110K, plus other repairs and refurbishments necessary for a car that has provided so much enjoyment over a long period of time. The original top is still an adornment.

MELLO looks, rides, and drives like any other well-maintained C5 variety Corvette. I have long since lost count of the number of tire and spark plug replacements, and oil and filter changes. No garage queen, this one. To say that this has been my daily driver would be like saying Dolly Parton wears skin-tight leather pants.

For years, there was a long running series of commercials for Timex watches featuring John Cameron Swayze. The tag line was Takes a licking and keeps on ticking. That is how I feel about this particular Vette. Obviously there have been issues, but it has never denied me the pleasure of its company, whether on a short trip to market, or a few thousand-mile treks up and down the east coast. I show my respect by keeping it garaged, clean and polished, and certainly well maintained.

I have considered moving on to a newer C6 or perhaps a brand new C7, convertible of course. But there are heart strings attached that make it all too difficult to turn loose this one, way too much enjoyment stored in the memory bank. When you get a new pair of house slippers broken in, you want to wear them forever. That’s how I feel about Mello. I just can’t be sure a new Vette would be as satisfying, and I would have to trust the new owner to show the proper respect and attention the Vette deserves, after so many years and miles of generating all those wonderful, memorable smiles per mile. 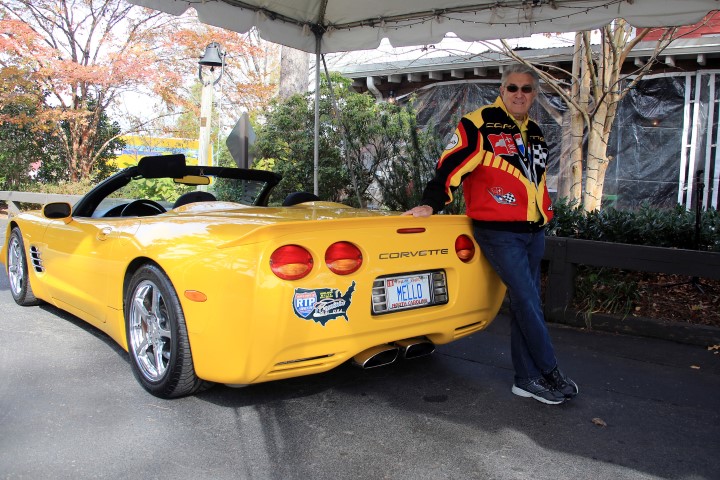 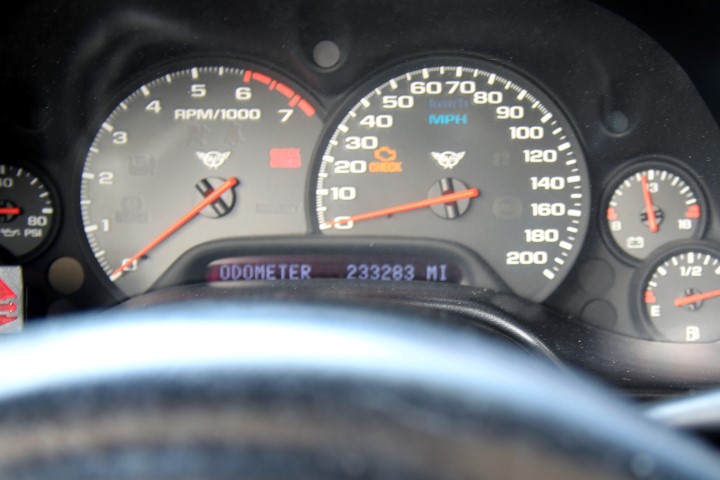