Below, a Special thanks goes out to Charlie Armentano for the design of the RTP-Corvettes 2020 Museum Banner, which is this years 1st place winner from the NCM.

Click here for the NCM eNews, then scroll down to the article 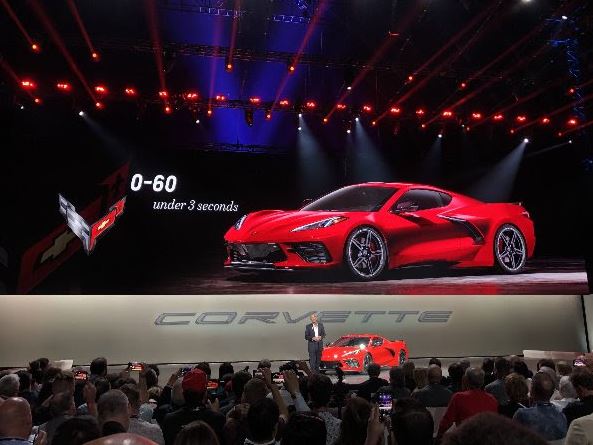 GM Pulls Out All Stops to Reveal Zora’s Dream

On Thursday, July 18, car enthusiasts across the globe tuned in to see the reveal of Chevrolet’s next icon – a mid-engine Corvette. The 2020 “C8” Stingray was debuted live in front of an audience of approximately 1,500 – including members of the media, Bowling Green Assembly and Chevrolet team members, dealers, enthusiasts and even a contingent of National Corvette Museum supporters. It was clear the audience liked what they saw as cheers erupted, and oohs and ahhs ensued after each new feature was announced. What’s even better? You can own one for less than $60k. The car will embark on a cross-country tour, giving enthusiasts the chance to see it for themselves. And if you’re attending the Museum’s 25th Anniversary Celebration you, too, will get the chance to see it as a large mobile display will be on site showcasing the latest generation.

Check out the Museum’s Instagram story for video and photo clips from the Reveal, and follow along on Facebook and Instagram for additional photos and a more indepth look at the car on Friday as part of the ‘Day 2’ Reveal Expo!

It’s so easy to become a member of the National Corvette Museum. They offer many different levels of membership from Individual to Family to Lifetime memberships and each comes with their own special benefits of discounts, free museum admission and more. Follow this link to learn more ncm-museum-membership-application-2016

RTP Corvettes is fortunate that two members are the official ambassadors of the museum. We get a report on the latest museum happenings at each monthly meeting. 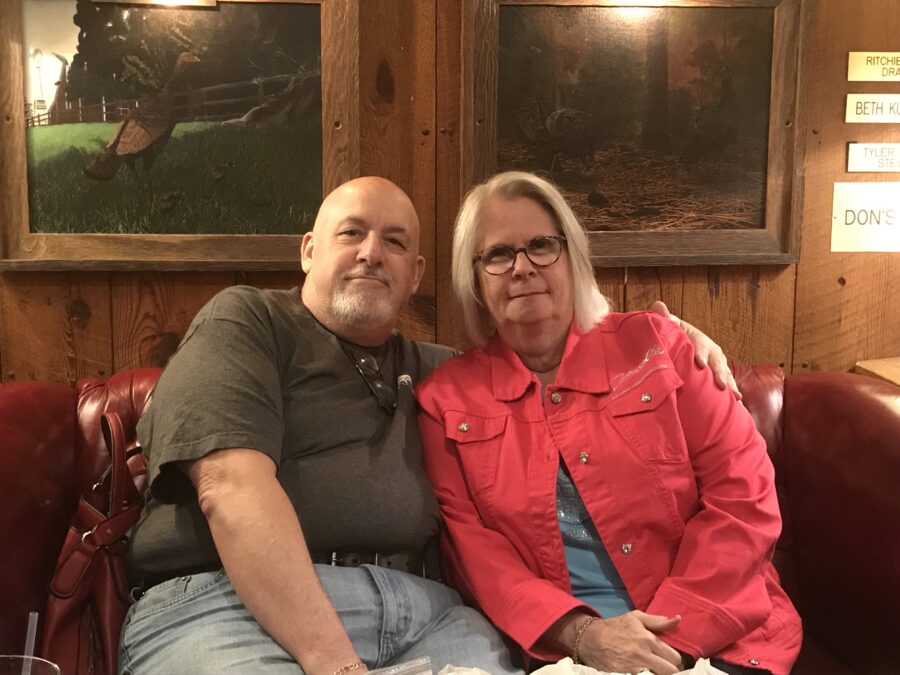 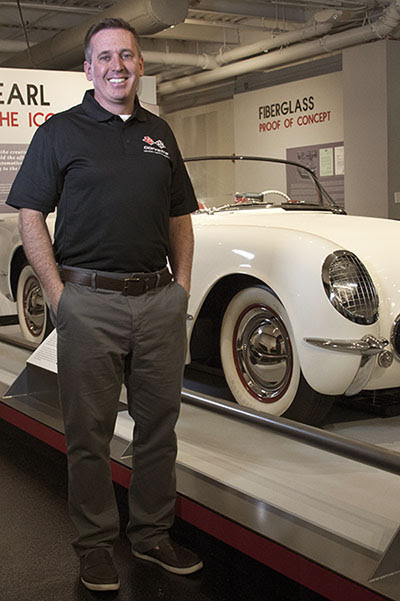 The National Corvette Museum Board of Directors has selected Dr. Sean Preston to serve as President and CEO of the National Corvette Museum. Dr. Preston joins the NCM, effective July 1, from Portland, OR where he served as President of a non-profit independent school. He succeeds 23-year NCM CEO/Executive Director Wendell Strode, who announced his retirement May 2018.
When Wendell announced his retirement, we knew it was a huge drivers seat to fill, said NCM Board and Search Committee Chair Lon Helton. The NCM Search Committee teamed with Chicago-based Kittleman and Associates to conduct a thorough nationwide search to find the best possible candidates and there were many. Sean possesses the leadership skills, diverse qualities, relationships and unique skill sets necessary to collaborate with NCM Board of Directors to expand the mission and strategic objective of the NCM while being mindful of the unique legacy and spirit of the organization. His skills as an innovative leader are proven and we look forward to the NCM’s next chapter with Sean leading the way for the staff, management, volunteers and members. The icing on the cake. Sean is a car guy with a 1954 Corvette and 1972 Corvette in his collection!
Though his move to Kentucky is more than 2,300 miles from his current home, Dr. Preston is truly a southerner, having lived in Atlanta for most of his life.
The National Corvette Museum is a one-of-a-kind organization. There are thousands of museums across the globe, but none other dedicated to Corvette, said Sean. I’m head over heels in love with all things car-related, and specifically Corvette. It is an honor to have been named President and CEO.
With 12-years of experience as a non-profit president, Dr. Preston is looking forward to putting his repertoire to good use. The academic nature of the Museum, and infinite possibilities with exhibits were a major factor that attracted Sean to the position. I’m excited to look at the Museum and the exhibits from an outsider’s lens and partner with the team to create new and exciting exhibits. I also think it’s important that we focus on preservation of the collection. We want to expand the membership base, welcome a new generation of Corvette enthusiasts and become one of the most attended and supported car museums in the world.
Dr. Preston is a career educator, having previously served as Founding Foreign Consulting President of the American School of Zhengzhou in Zhengzhou, Henan, China; Founding President of John Crosland School in Charlotte, NC; and Executive Director of Cypress Heights Academy in Baton Rouge, LA. He has a BS in Social Science Education from the University of Georgia, a Master of Educational Leadership from Troy University, and earned his Doctorate in Educational and Non-Profit Leadership from Liberty University.
Dr. Preston will assume full CEO duties on July 1 and Strode will remain with the Museum through January 3, 2020.
Since 1953 the Corvette has been America’s Sports Car. The National Corvette Museum was established as a 501(c)3 not-for-profit foundation with a mission of celebrating the invention of the Corvette, preserving its past, present and future; and educating the public about Corvette. The Museum is open daily from 8 a.m. to 5 p.m. CT and is located at exit 28 off I-65 in Bowling Green, KY. For more information visit corvettemuseum.org or call (800) 53-VETTE (83883).

Quick Links below for NCM: